Just received this update from WordPress…I hope 2011 is just as congested 🙂  Thank you for your continued support.

The stats helper monkeys at WordPress.com mulled over how this blog did in 2010, and here’s a high level summary of its overall blog health:

The Blog-Health-o-Meter™ reads This blog is on fire!. 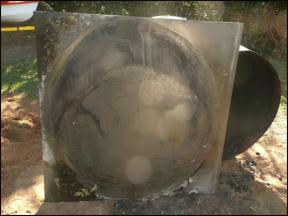 In 2010, there were 5 new posts, growing the total archive of this blog to 10 posts. There were 300 pictures uploaded, taking up a total of 60mb. That’s about 6 pictures per week.

The busiest day of the year was December 16th with 162 views. The most popular post that day was Make charcoal in your own backyard.

Where did they come from?

These are the posts and pages that got the most views in 2010.

Make charcoal in your own backyard November 2009
14 comments

View all posts by Kobus Venter

You are visitor no:

Visit our NEWS page!
Translate this website into different languages...